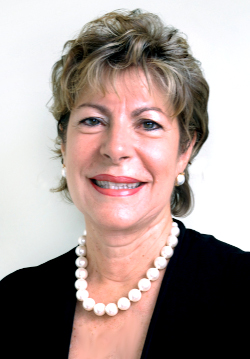 Marilyn Brooks, Director of Sales Support at SP+, was recently awarded the CREW Chicago’s Member of the Year Award. CREW Chicago, a professional development association for executive women in real estate, presented Brooks the award for her long standing dedication to the organization and her organizational leadership. She has served on CREW Chicago’s board of directors in various roles. Last year, Brooks lead the CREW Chicago’s golf committee, the success of which provided the chapter with a substantial surplus and fiscal stability for 2013.

CREW (Commercial Real Estate Executive Women) is a network of approximately 9,000 members and 70 chapters worldwide. The organization, according to its website, aims to be “the preeminent organization for senior-level executive women in the real estate field” by promoting professional development through knowledge sharing and networking. The 285 member Chicago chapter was formed in 1987.

Brooks began her corporate real estate career in the 1980’s. She, like many career-driven women at the time, found it challenging to break into the male-dominated sector. In 1992, she was encouraged to join CREW by Julia Stasch of Stein and Company (a Standard Parking client), who went on to serve as Deputy Administrator of the General Services Administration during the first Clinton Administration. Within a short time Brooks became a Board member, participated in several national task forces and co-hosted a national convention which brought over 700 attendees to Chicago.

Brooks feels it important, due to the benefits she’s received from the organization, to donate her time. “Like anything you care about, if you feel passionate about seeing something succeed, you give your time and energy to make it happen. And, if you want to be part of the bigger process in assisting the growth of your peers, while at the same time developing a robust network, you need to put yourself out there and get involved.”

She also cannot stress enough the importance of peer networking. “The networking opportunities in CREW are phenomenal. If I need to make a business contact anywhere in the country or need information on a pending deal, I know I can call a fellow CREW member and they will quickly respond with the assistance I need, or refer me to someone who can. CREW connections have facilitated many new business opportunities over the years.”