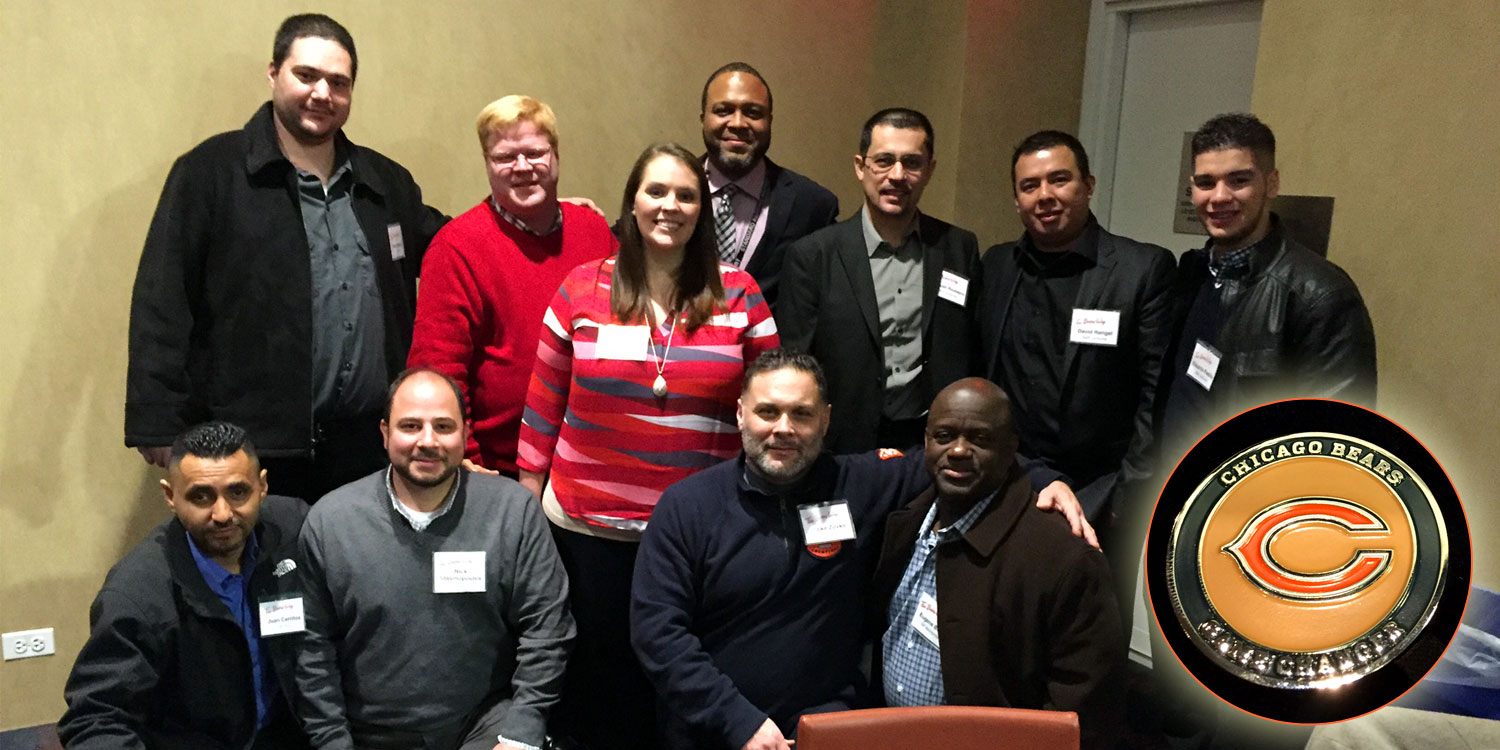 Because of the heroic efforts of several SP+ employees, two Chicago Bears fans are here to cheer on their beloved team for another season.

On November 22, 2015, Manager Miguel Romero notified SP+ Supervisor Juan Cerritos that a fan had fallen into the lake at Burnham Harbor South and that he required immediate assistance. The team sprang into action. Gene Black, an SP+ security guard, Nick Stasinopoulous, the Senior Facility Manager and Nick Ricci, SP+ Supervisor and Mike Zovko, SP+ Senior Manager, immediately went to the scene to assist. Upon arrival at the Pier, the SP+ staff was met with Miguel holding onto the struggling fan. The SP+ team immediately called 911 and requested assistance but ultimately pulled the fan from the freezing lake, covered him in blankets and waited for EMTs to arrive. The medical staff that responded to the request estimated that had the fan remained in the water for an additional five minutes, he wouldn’t have been able to battle the elements. Bravo to the SP+ team for reacting quickly and heroically!

In a separate but equally brave effort, the SP+ Chicago team – Mike Zovko, SP+ Senior Manager, Nick Stasinopoulous, the Senior Facility Manager and Kari Kinney, SP+ Facility Manager – responded to a call regarding a Bears fan who had lost consciousness. Anthony Wise, an SP+ Attendant, was already performing CPR on the customer when the rest of the team had arrived and successfully revived him before medical help arrived.

The selfless and dedicated performance of the SP+ employees was recognized and rewarded by the Chicago Bears owner, George McCaskey, this past week with official Chicago Bears Game Changer awards. Congratulations to the entire team for seeing and responding and going above and beyond the call of duty!