Print this Page
Home | About SP+ | Board of Directors | Alice Peterson 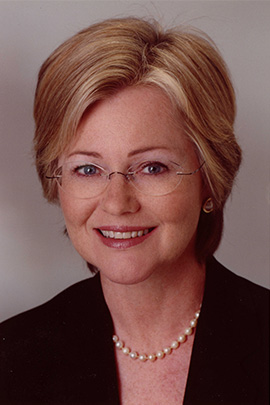 Ms. Peterson has served as a Director and Chair of the Audit Committee since March 2018. Since April 2019, she has served as Executive Vice President of Operations for Fluresh LLC, a Michigan-based early-stage cannabis company. She previously worked with a number of startups, including Curadux, Inc., a provider of healthcare decision guidance services. She has board experience that spans two decades that includes Patina Solutions, Hanesbrands, TBC, Navistar Financial, RIM Finance, Williams Partners, Fleming Companies, and 360 Communications. She founded and served as President of Loretto Group, a consultancy assisting clients with sustainable growth. She served as Chief Operating Officer for PPL Group and Big Shoulders Capital from 2012 to 2015. She founded Syrus Global in 2002 and served as its Chief Executive Officer until its sale to SAI Global in 2009, where she continued as Chief Ethics Officer until 2012. Throughout her career, she performed in various roles with increasing responsibility at RIM, Sears Roebuck, Kraft Foods, PepsiCo, and Harris Corporation. Ms. Peterson is a trustee for the Ravinia Festival and is an active member of various associations, including the International Women’s Forum, The Economic Club of Chicago, and The Chicago Network. She received her Bachelor of Arts degree from the University of Louisville and her Master of Business Administration degree from Vanderbilt University’s Owen Graduate School of Management.