Our regional team in Columbus recently hosted “SP+ Summerfest,” a special gathering for employees and their families to enjoy a day of fun and excitement. The day’s events were held at McFerson Commons, right outside of the Columbus regional office, and featured special activities such as a BBQ, games, and raffle benefiting the Ronald McDonald House of Central Ohio.

Invited guests had an opportunity to purchase raffle tickets which they could use for food, games, and to enter the raffle for some great prizes. “I loved it, there was a lot for everyone to do,” said Allison McQuade, an SP+ employee. “There was food, games for the kids, the raffle. It was a fun-filled atmosphere with all of us together relaxing.”

Later in the afternoon, a kickball game took place at the commons, in which employees from various departments participated. There was also a special appearance by LouSeal, the mascot for the Columbus Clippers. At the end of the day, the team raised over $500 for charity. 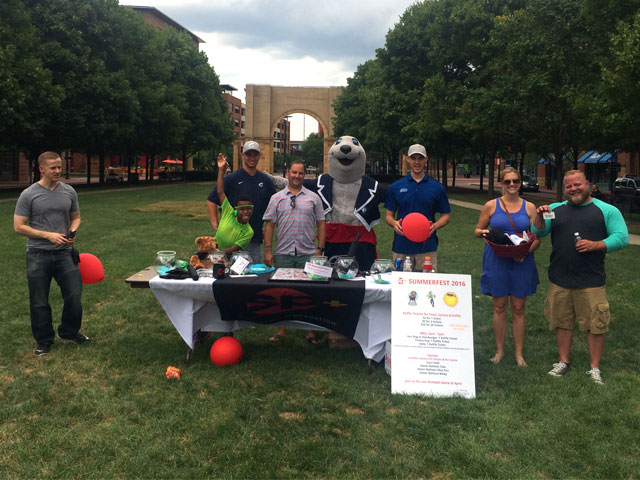